Theatre credits include Eric in Wonderland at the New Victoria Theatre, Stoke-on-Trent, Maid Marian in Robin Hood and the Babes in the Wood, Suzanne in Don’t Dress For Dinner  (UK tour), u/s Elizabeth in Murdered to Death (UK Tour), Mrs. Schroder/Cookie in Anyone Can Whistle in Concert, Mrs. Hawkins in Treasure Island, Doris in School of Rock.

Whilst training;  Cunegonde in Candide, Lot Robin in Marathon of Hope (world premiere), Aretha Franklin in Catch a Rising Star and Gigi/Ensemble in No, No, Nanette.

Carling has also sailed the seas with Royal Caribbean Cruise Lines as a lead production vocalist and produces her own cabarets.

She can be heard coming through classroom computers as the “USA” voice for Boogie Mites/Education City.

You can also catch Carling in the 50’s band AJ and the Bluejays (www.thebluejays.co.uk). 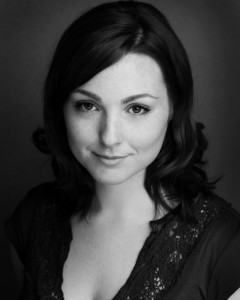