Barry began his career with the D’Oyly Carte Opera Company and subsequently worked with various companies including New Sadler’s Wells Opera. He then appeared with Scottish Opera and their touring offshoot Opera-Go-Round singing many roles including Don Ottavio in ‘Don Giovanni’ & Pinkerton in ‘Madama Butterfly’.

In the 1980s he played Lord Failsham in the national tour of Novello’s ‘Perchance to Dream’, starring Simon Ward, and played Camille in ‘The Merry Widow’, opposite Sally Ann Howes. He was an original cast member of ‘The Phantom of The Opera’ at Her Majesty’s, London, playing The Auctioneer and Piangi and can be heard on the original recording. He joined Bristol Old Vic to play Pirelli in their acclaimed production of ‘Sweeney Todd’ and was with the Peter Hall Company at Chichester for the musical ‘Born Again’ in which he was a very fine rhinoceros.

The past two decades have seen Barry’s re-acquaintance with Gilbert and Sullivan, both on the concert stage in and on tour with Carl Rosa Opera for whom he played Earl Tolloller in ‘Iolanthe’, Jack Point in ‘The Yeomen of The Guard’, Sir Joseph Porter in ‘HMS Pinafore’, Major-General in ‘The Pirates of Penzance’ and the Duke of Plaza Toro in ‘The Gondoliers’, as well as Alfredin ‘Die Fledermaus’ and Baron Zeta in ‘The Merry Widow’. With these productions he appeared in the West End and toured the UK, USA, Canada and South Africa. At the International G&S Festival he has appeared as Tolloller and as Lord Dramaleigh in ‘Utopia Ltd.’ and directed a production of Gilbert’s rarely seen one-act play ‘The Hooligan’.

One of Barry’s current projects is ‘Two Old Cartes’, a show which blends reminiscence about the D’Oyly Carte Opera Company with musical excerpts, and which Barry has co-devised with mezzo-soprano, Jane Metcalfe. 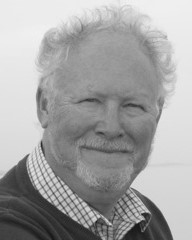